Is There Culture Without Stuff and Things? 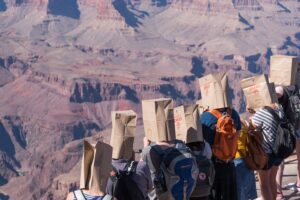 A Touch of Context

I’ve noticed a trend away from stuff and things. Contemporary architecture and interior design utilize sleek designs and sparse furniture. Shopping malls, the bizarre bazaars of bygone days, have all but disappeared. Decluttering has entered the cultural conversation as an aspirational value. Many pay the cost of an album, a video, a disc, or two, or three every month for the infinite abundance of streaming, but they don’t want to own the thing they consume.

In either case, I can appreciate an aversion to clinging. In recent memory, peoples’ relationships to stuff and things trended in the opposite direction, toward more consumption, more possessions, and greater ostentation. Today, however, we live in an overpopulated world and want to reduce our footprint.

A friend once told me that he didn’t spend money on possessions. He spent money on experiences.

I knew him to be a man who enjoyed his toys, climbing gear, hiking equipment, a computer on his bicycle, etc.

How many experiences had he ever had without his possessions?

He would’ve claimed that he owned things for a specific reason. If they had no use, they had to go. Possessions in hand, he’d head to the mountains, the woods, the lake, or the beach to seize the day (or the carp).

Do we consume our experiences in a manner similar to consuming commercial goods?

In a Buddhist monastery, initiates shave their heads. In an American context, women will have short hair and men shave to the scalp. I’ve always found this a compelling affectation. When given the opportunity, I’ve asked my monastic friends their perspectives on their hairlessness, and I’ve always received echoes for answers.

When you look at a photo of an international Buddhist gathering, you’ll notice that everyone looks the same, male or female, western or eastern. No matter their skin color or facial features, each person blends into the whole. Wearing a uniform and shaving one’s head assimilates the group, which is, of course, the point.

The ritual act of shaving one’s head and donning robes erased the individual. The individual accepted subordination to the community.

Can you think of an ideological group that used a shaved head to set itself apart from society and to mark its members?

Perhaps in a world where everyone works from home, difference will cease to speak, but interaction requires individuality, context, and specificity.

An Aesthetics of Erasure

The ritual act of erasing the individual subordinates the person to the system. In the case of Buddhism, the person accepts the middle path, a path which leads to the loss of self. That self is lost in the context of a practice of meditation and ritualized action (until the practice and ritual, themselves, disappear, which may or may not happen).

In contemporary society, when we substitute possession of a thing for a monthly payment to access that thing, we subordinate ourselves to the system that allows us access, a system that claims to connect us but alienates and isolates.

Do we need useless stuff?

Probably not, hence the word useless.

Does useless stuff have an impact?

It does. It shapes our lives for better or worse.

Can we escape stuff or uselessness?

We cannot. To choose absence is to choose the presence of absence.

The act of decluttering, of abandoning our material culture, our stuff, erases connections to our culture, which may or may not be a bad thing, depending upon the connection. Decluttering erases context.

If our hair is attached to us, we are attached to our hair, and, most important, others identify us, at least in part, by our appearance.

Again, I’m left with more questions than answers. Here are a few of those questions in the hopes that you can help me think through these issues.

What are the things you cherish? How have they shaped your life?

What things have you discarded and in discarding felt a sense of gain?

If a messy desk is a sign of a brilliant mind, what’s does a clean desk indicate?

When do you identify culture through its material manifestation?

What do you own that when you pick it up or look upon it, you’re returned to a specific time or place?

PrevPreviousCan Ideas Support Us When Our Actions Fail?
NextA&R a novel by Bill Flanagan Next 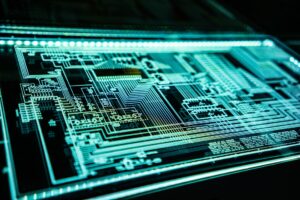 Is There Understanding Without Sensitivity? (Part Three)

If you missed part one, read it Here. A Touch of Context As I mentioned in part one of

Is There Understanding Without Sensitivity? (Part Two) 

If you missed part one, read it Here. A Touch of Context As I mentioned in part one 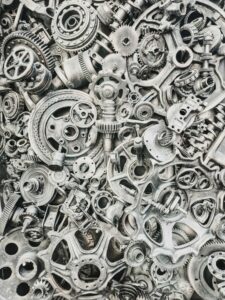 Is There Understanding Without Sensitivity?